According to field research by the National Association (NASCK), national cremation rates among Jews are reaching above 40% nationally. Everyone is touched by this tragedy, all Jews must take responsibility to contribute to this cause. Every time a Jew is cremated it is a desecration of the Tzelem Elokim – the Image of Hashem.

The culture we live in has promoted cremation beyond anyone’s prediction and many Jews are convinced there are benefits.

In reality, cremation hurts the environment, the family, the body and the soul.

Rabbi Lyons and Eric Glazer were interviewed by Karen Curtis of “The Drive at 5” on 850 AM in Florida. 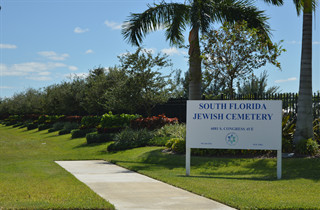 South Florida has a very large and ever-growing Jewish population and has major challenges when it comes to Jewish burial. All of the Jewish cemeteries in South Florida charge so much for in-ground burial (including grave, required concrete vault and grave opening) that it’s no wonder the rate of cremation is over 50%.

South Florida Jewish Cemetery, a project of NASCK,  operates at the highest standards of Jewish tradition and provide burial for every Jew, regardless of means. The prices across the board are far lower than standard, and any revenue beyond the cost of operations goes toward our indigent burial fund, resources for mourners, and education about traditional Jewish end-of-life practices.

The concept is revolutionary. The opening of the South Florida Jewish Cemetery in January, 2019 received national attention, and continues to do so. There is real reason to believe that this program will create a significant change in the decisions Jews make, allowing them to choose traditional burial over cremation. Once again, NASCK is on the cutting edge of traditional afterlife care, thinking ahead of the curve and addressing difficult end-of-life issues.